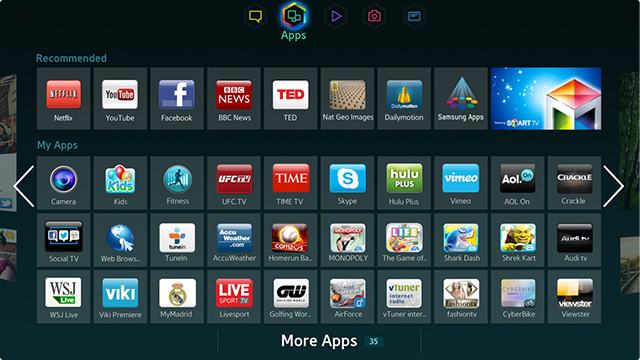 So, what does OTT mean? OTT stands for over the top and refers to video content that is served over the traditional closed television system. Using OTT services users don’t need to subscribe or pay a TV cable company to watch video content as most content is served via the internet.

In terms of OTT TV boxes, they are available almost anywhere and big companies like Amazon even have their own version. Apart from general Android OTT TV boxes, a few popular examples exist including the Amazon Fire TV, Apple TV, Roku and more.

CTV stands for connected TV and is just another term for a television that has an ethernet connection or can connect to the internet wirelessly. This definition or group of devices can also in some spectrums include TVs that are used as displays connected to other devices that have internet access.

Ad Exchanger also created an article where they had executives from companies like Roku, Samsung Ads and more talk about the differences between OTT and CTV. Be sure to take a look at that over here.

Our OTT/CTV solution, advertisers have access to the most advanced solution in the market. Powered by three distinct methods of audience targeting, getting the right message in front of the right person at the right time has never been more effective.

Do you have a list of customers or business addresses?  Addressable Geo-Fencing can be used both as a stand-alone tactic and to improve the results of addressable TV campaigns, direct mail campaigns, and other marketing efforts that target specific households. By extending the reach, improving the frequency, and providing foot traffic attribution through conversion zone tracking, Addressable Geo-Fencing makes all household and business address targeting efforts more effective through our automated plat-line geofencing drawing capabilities.